Kent Lloyd Wise, 73, passed away on January 9,2020 in Charleston, SC. Kent held executive positions with TG&Y and McCrory beginning in the early 70's.

Mr. Lowell O. Bowman, passed away with family at his side on December 3, 2018 at Riverlodge Assisted Living in Mountain Home, Arkansas, Lowell was 93. Lowell was born June 11, 1925, in Butler, Oklahoma, the son of Olan and Edith Bowman. He grew up in Butler and graduated from Butler High School in 1943.

After graduation Lowell enlisted in the United States Marine Corps and served nearly 4 years in the South Pacific and northern China. Upon discharge Lowell married his high school sweetheart, Wanda Shirley, and remained happily married for over 63 years.

He was over the TG&Y Stores in Tulsa.
Service pending at Floral Haven Cemetery.

Nadean Batterton
May 13, 1925 - May 29, 2016
Nadean was born in Indianola,Oklahoma on May 13, 1925, to Roy and Dovie Batterton.She attended Morse & Buckeye schools in Okemah.She started her career at Kresse's in downtown OKC in 1943.She then worked for TG&Y in Capitol Hill and moved to the TG&Y store at S.E. 44th & Shields and retired from the TG&Y warehouse in 1987. Throughout her life she enjoyed many tings including quilting,cross-stitch,cooking,reading,crossword puzzles,gardening and spending time with her family.
She was preceded in death by her Mother & Father;2 sisters,Wanda Henthorn and Jean Batterton;1 brother Merle Batterton;1 niece and 1 nephew,Karen Elaine Roberts and Jimmy York. More info at Sunny Lane Fun, Home, Del City,OK

Phil, age 73, died July 2, 2003. He was born Jan. 4, 1930 in Newcastle, OK where they lived until 1972 when they moved to Edmond, OK. He began his career at Yellow Transit, then TG&Y where he worked for 31 yrs. as Vice President of Traffic; ending his career with Pacific Inland. He also served as President for Oklahoma Shippers Assoc., member of the Shriners, 'Acting Mayor' of Vintage Gardens Sub Division. Preceded in death by his parents, two sisters, one brother. Survived by his wife, Marie. Children: Bobby & wife Mary, Dianne, Jan & husband Eddie, Sherri & husband Chris. Grandchildren: Alexis 'The Kid', Caitlyn, Candy, Jason, Jeff, Sarah and great grandson Jacob.

He was one of the originals. He was a Buyer and VP. He retired in 1971. His photos of Oklahoma graced the waiting area of the executive offices for several years. He joined TG&Y after managing S.H. Kress stores in Kansas, Colorado, New Mexico and Oklahoma.
Others I remember who worked with him were Pat Henderson, Buck Buchanan, and Ammon Killian.

Listed in this as being an analyst. Before she left T G & Y she was the cosmetic and fragrance buyer replacing Nita Rush. She was the best boss I ever had.

Richard worked in the Edmond Oklahoma Warehouse after he was laid off in the late 80's, he went to work for Hobby Lobby Warehouse in OKC retiring in 2005

Died Tuesday, August 26, 2014 at Integris Baptist Hospital in OKC.
Marice Patteson worked along with her Husband, Dudley Patteson in the Main Office Cafeteria. She was also made one of the first Female Store Manager for TG&Y and was manager at the store at 10th and May Ave.

Cards and flowers can be sent to her daughters, who all worked at the TG&Y Main Office back in the late 70s and early 80s, Nakiita Patteson-Cook, Rena Patteson, and Tawnya Patteson-Silver at 1816 Ann Arbor, Oklahoma City, OK 73127.

Buddy Baker started in late 1953 at the warehouse on 36 and north Santa Fe and then in Edmond. He worked until McCrorys shut it down in 1988. The airport authority bought his house in 1995 that he had lived in since March of 1954. He then moved to Alex Oklahoma where he passed away at his home on October 22, 2012. Several things I remember as a child is my dad always getting home at the same time everyday, the night every year at Springlake amusement park, and my dad playing softball on the TG&Y team at Wheeler park on South Western. 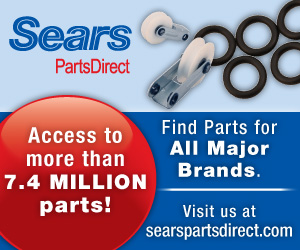