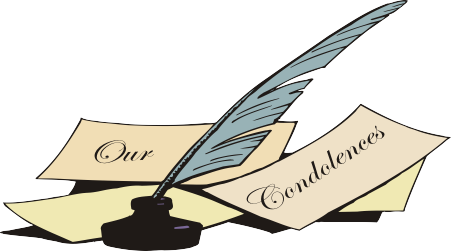 This is information concerning obituaries, etc. as the information is provided.  Information comes from friends, family members and/or newspaper and online obituaries when available. Visitors can comment (until comments are closed) on individual obituaries if there is a post associated with the name.

Our condolences to the families of the following associates.  This information is provided by friends and relatives….

Please use the “Obituary Submission” form link below to provide information about people you would like to add.

Please Note:  When an obituary link is available I post it but those go away after some period of time and I have to remove the links so they may no longer work.

The first section contains more recent obits as they have been posted to this site.  Below those you will find obits listed by year since most were before we began using this site.

Doy Beck, Traffic, passed away Sunday 11 13 16. Will be cremated. Lived in Montgomery, TX.

The online obituary was very short so there isn’t much info to share.  If anyone would like to provide additional information, please do so by email (committee@tgyreunion.com) or in the comments below.

Mr. Nick Jung, Buying Department, passed away on July 5, 2014.  His obituary from the Daily Oklahoman.

Michael Howell, Printing Department, passed away on June 15, 2014. His obituary from the Daily Oklahoman.

Marcetta Giardina. She passed away on Wednesday, May 21st, 2014.

Mr. Jarvis Dennis passed away on January 28, 2014.  Mr. Dennis was Vice President of Transportation and Warehouse. He was 82.  More information may be available on the original post. Ron Watkins, Store Manager, Kansas City Area, passed June 9, 2011. His wife sent this message, “My sweet husband, Ron Watkins, age 67, manager of four different TG&Y stores in the Kansas City area, died on June 9, 2011. He was so very proud of being a manager; we have our family room decorated with TG&Y signage, a framed old ad, toy trucks, and even his name badge worn while he managed his stores.”

Marge Peeler passed away March 4, 2011. The obituary was in the Daily Oklahoman.

Bill Seaton passed away February 11, 2011. His funeral was last Saturday but we didn’t learn of it in time to post it earlier. You may read the obituary at http://matthewsfuneralhome.com/seaton.aspx for as long as the funeral home link is up.

Karen Ann Cochran, worked as a programmer at HQ, passed away on February 3, 2011.

Gary Miller was a truck driver then Director of Transportation. He passed on 5/15/13.

Oakley Rinearson, passed away April 27,2013 at age 86 in Oklahoma City. He had worked for TG&Y for 33 years and had worked under Mr. Skaggs and Mr. Keith.

Ada Mae Forbes who worked at the 36th and N Western store before she transferred to the office, passed away this morning about 9:30 AM, 11/30/2010. She was Hue Weirsig’s administrative assistant for many years and was a wonderful person.

Keith Wingo, formerly of TG&Y, passed away this last Sunday. His services are at Heritage Baptist Church in Oklahoma City today (Thursday, March 18, 2010) at 10:00 AM.
James Cooker District Manager, Dallas division died in the year 2010.

Dudley Patteson died October 10, memorial services October 13 in OKC. Dudley was manager of the Cafeteria at TG&Y Headquarters; his wife Maurice assisted him.

Bernice Morrow passed away September 5. She worked in Mail & Requisition Department and helped keep the Requisition Book up-to-date. A tremedous job, she was an employee for more than 24 years.

Nelson Neumeyer passed away July 9, 2007. After retiring from TG&Y he went to work for TLC Nursery and they posted a nice obit at http://www.tlcgarden.com/farewell.htm.

Max Avers – July 14, 2007 – OKC. The following link is to his obituary for as long as it works. http://www.legacy.com/Oklahoman/Obituaries.asp?Page=Notice&PersonID=90803596 Max was Director of Financial Accounting until he left TG&Y in 1982.

Judy (Droze) Graf – April 23, 2007 in Dallas. She was a secretary in the Buying Department and was promoted to Buyer of Infant & Children Wear.

The following were announced at the reunion but no dates were available:
Wes Phillips, John Robinet, Jim Reagan and Bob Ray.

Lin Ives worked in Traffic for several years and lost a 4 year battle with cancer on June 1, 2012.

Lee Metheny passed away on March 6, 2012 at the Binger Nursing Home in Binger, Oklahoma.

Ellen Williamson passed away November 12, 2009. As of today, 11/13/09, the obituary has not yet been published. Graveside services will probably be next week in Tulsa. Thanks Lorena Winkler Dennis for letting us know.

Walter Scott Nichols Jr. (Store Manager, Dumas, TX) Died in 1980. This information was reported by his son who said “He was a dedicated employee, and he lived T G & Y.”